How to Prevent Teen Drink Driving with an Alcohol Interlock!

Being a parent to a teen is anything but easy, and your worry for their safety grows exponentially when they start to drive unsupervised.

When anyone is under the influence of alcohol and goes behind the wheel, they endanger themselves and those around them. Dealing with your adolescents’ growing independence is enough to keep any parent awake at night, especially with thoughts of drinking and alcohol-related driving incidents.

So, let’s take a closer look at how an alcohol ignition interlock can help Australian’s adolescents stay safe!

Even though deaths or badly wounded individuals on Australian roads has declined dramatically in recent decades, more than 1,000 people are still killed or seriously injured each year. As a result, young drivers continue to be overrepresented among road collision casualties.

For example, according to NSW Road Safety 2021, novice drivers aged under 26 years represent 16 per cent of licensed drivers, but they are involved in around 28 per cent of all fatal crashes.

According to the most recent LSAC Annual Statistical Report in 2018, drivers are most likely to be involved in an accident during the first year of unsupervised driving. Driver inexperience, risky driving behaviours such as speeding and driving without a seatbelt, driving more frequently at high-risk times (e.g. at night), and driving smaller, older vehicles with fewer safety features have all been linked to higher injuries and deaths among young drivers.

According to research, teenagers’ impulse control, planning, and decision-making parts of the brain are still growing, leading to them engaging in dangerous or impulsive behaviours.

Inexperienced drivers sometimes underestimate the hazards connected with specific driving behaviours or situations while overestimating their ability to deal with them, leading to unsafe driving. Because peer relationships are so important to teenagers, young drivers may feel more peer pressure to take risks than older drivers.

Some key teenage drinking statistics described in the report include:

What is an Ignition Interlock Device and How Does It Work?

With voluntary alcohol interlock installations, you have the option of creating your own guidelines and restrictions for the interlock. After failing a test, most alcohol ignition interlock give the user a limited time to attempt again. Some breathalysers for car ignition can also lock a driver out permanently after a given number of test failures in a certain amount of time.

Can a Parent Install an Alcohol Interlock on their Child’s Car?

We often have clients asking, can I put an ignition interlock device on their vehicle? And this answer depends on who owns the vehicle…

You do not have the authorisation to obtain an interlock device installation on your child’s vehicle if they are in their teens or early twenties and have their own vehicle without their permission. Only the car owner has the authority to install a breathalyser for car ignition. But if you own the car your child is driving an ignition interlock device can be fitted.

What are the Benefits of a Voluntary Alcohol Interlock on a Teen’s Vehicle?

Understanding and describing the entire range of advantages of ignition interlock installation to your kid may help them see an interlock as a tool rather than a punishment, easing the transition to utilising one, so here are three top benefits of a voluntary alcohol interlock:

Safety – Since drinking hinders a driver’s ability to make critical judgments while driving, a breathalyser for car ignition ensures that your teen’s vehicle driver is not intoxicated. In addition, your adolescent will be significantly safer in an interlock-equipped vehicle since teenage drivers are the most likely to get into incidents – and the most likely to drink and drive.

Peace of Mind – As a parent, you can’t help but be concerned about your adolescent when they’re driving. With the breathalyser for car ignition, you may rest assured that one threat has been removed.

Instilling positive behaviours – Having an interlock device educates teens not to drive if they are inebriated. Teenagers will discover methods to consume alcohol, and at the very least, they will learn that driving is not an option.

How Much Does Voluntary Interlock Installation Cost?

Why Choose Guardian Interlock for Your Interlock Device Installation?

If you want a breathalyser for car ignition, your first thought is probably, “Where can I get an interlock device installed near me?”.

Guardian Interlock manages alcohol interlock on behalf of our private and commercial customers who voluntarily install a Guardian alcohol interlock. These customers range from businesses enhancing their road safety posture to private individuals such as young drivers and those susceptible to problematic drinking and driving.

We provide voluntary interlock device installations, servicing and removing interlock devices to users in metropolitan and regional areas nationwide via our network of approved service centres.

Guardian understands your need for a vehicle, whether for work, commuting, family or other responsibilities. We’re dedicated to assisting clients to remain compliant and on the road. That is why our customer care representatives are available to take your calls 8.30-5.00 Monday to Fridays.

We also have an assistance line available 24 hours a day, seven days a week in an emergency. Please bear in mind that during COVID-19, the number of enquiries has increased so that delays may be incurred.

Guardian Interlock is one of Australia’s most reputable interlock suppliers, with locations across Australia. Therefore, you can be confident that your Guardian approved service centre is qualified for interlock device installation, servicing and removing interlock devices, and our devices comply with your state’s regulations. Email admin@guardianinterlock.com.au or call 1300 881 005 today to get started with your alcohol interlock program.

Everything To Know About Your Ignition Interlock Device

How Much Does An Ignition Interlock Device Cost?

An alcohol interlock is an electronic breath-testing device connected to the ignition of cars, motorcycles, and heavy vehicles. Typically targeted at high-risk, serious, and repeat offenders, enrolment on the alcohol interlock program…
Read More
March 30, 2022

Can You Beat an Alcohol Interlock Device?

There are a lot of misconceptions and fast hacks all over the internet claiming to "trick" a breathalyser, but unfortunately, those tricks don't work and will get you into severe trouble. Instead,…
Read More 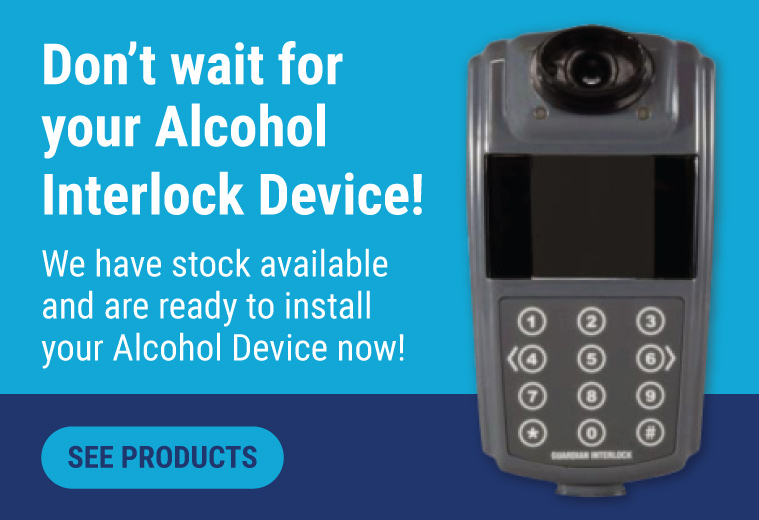